IT is complex. Some even consider it to be more magic than reality. And with the ongoing evolutions and inventions, the complexity is not really going away. Sure, some IT areas are becoming easier to understand, but that is often offset with new areas being explored.

Companies and organizations that have a sizeable IT footprint generally see an increase in their infrastructure, regardless of how many rationalization initiatives that are started. Personally, I find it challenging, in a fun way, to keep up with the onslaught of new technologies and services that are onboarded in the infrastructure landscape that I'm responsible for.

But just understanding a technology isn't enough to deal with its position in the larger environment.

Complexity is a challenging beast

If someone were to attempt drawing out how the IT infrastructure of a larger IT environment looks like in reality, it would soon become very, very large and challenging to explain. Perhaps not chaotic, but definitely complicated.

Another challenge is the virtualized nature of IT infrastructure, which has a huge benefit for the organization and simplifies infrastructure services for its own consumers, but does make it more, well, complicated to deal with.

Virtual networks (vlans), virtual systems (hypervisors), virtual firewalls, virtual applications (with support for streaming desktop applications to the end user device without having the applications installed on that device), virtual storage environments, etc. are all wonderful technologies which allow for much more optimized resource usage, but does introduce a higher complexity of the infastructure at large.

To make sense of such larger structures, we start making abstractions of what we see, structuring it in a way that we can more easily explain, assess or analyze the environment and support changes properly. These abstract views do reflect reality, but only to a certain extend. Not every question that can be asked can be answered satisfactory with the same abstract view, but when it can, it is very effective.

In my day-to-day job, I'm responsible for the infrastructure of a reasonably large environment. With "responsible" I don't want to imply that I'm the one and only party involved of course - responsibilities are across a range of people and roles. I am accountable for the long-term strategy on infrastructure and the high-level infrastructure architecture and its offerings, but how that plays out is a collaborative aspect.

Because of this role, I do want to keep a close eye on all the services that we offer from infrastructure side of things. And hence, I am often confronted with the complexity mentioned earlier. To resolve this, I try to look at all infastructure services in an abstract way, and document it in the same way so that services are more easily explained. 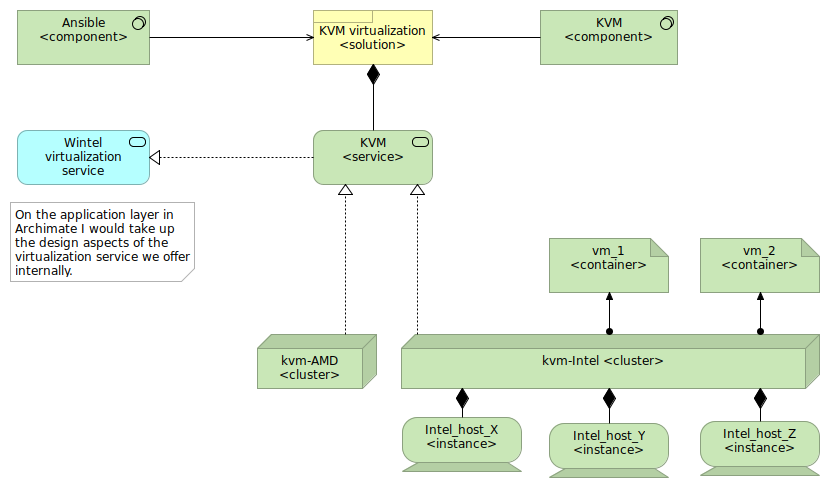 Figure 1 - A possible visualization of the abstraction model, here in Archimate

The abstraction I apply is the following:

These are the basic abstractions I apply for most of the technologies, allowing me to easily make a good view on the environment. Let's look at a few examples here.

In a large, virtualized environment, you generally have a specific hypervisor software being used: be it RHV (Red Hat Virtualization) based upon KVM, Microsoft HyperV, VMWare vSphere or something else - the technology used is generally well known. That's one of the components being used, but that is far from the only component.

To better manage the virtualized environment the administration teams might use an orchestration engine like Ansible, Puppet or Saltstack. They might also have a component in use for automatically managing certificates and what not.

The interaction between all these components creates a sensible solution, which is the virtualization solution. At this level, I'm mostly interested in the solution roadmap, the responsibilities and documentation associated with it, the costs, maturity of the offering within the organization, etc. It is also on the solution level that most architectural designs are made, and the best practices (and malpractices) are documented.

These services are mostly important for other architects, project leads or other stakeholders that are going to make active use of the virtualization services - the different services (which one could document as "service plans") make it more obvious on what the offering is, and what differentiation is supported.

While knowing which cluster an application is on is, in general, not that important, it can be very important when there are problems, or when limits are being reached. As an architect, I'm definitely interested in knowing why multiple clusters are made (what is the reasoning behind it) as it gives a good view on what the administrators are generally dealing with.

Within a cluster (to support the virtualization) you'll find multiple hosts. Often, a cluster is sized to be able to deal with one or two host fall-outs so that the virtual machines (which are hosted on the cluster - these are the "containers" that I spoke of) can be migrated to another host with only a short downtime as a consequence (if their main host crashed) or no downtime at all (if it is scheduled maintenance of the host). These hosts are the instances of the cluster.

By using this abstraction, I can "map" the virtualization environment in a way that I have a good enough view, without proclaiming to be anything more than an informed architect, on this setup to support my own work, and to be able to advice management on major investment requirements, challenges, strategic evolutions and more.

While the above method is used for documenting the environment in which I work (and which works well for the size of the environment I have to deal with), it can be used for simplifying management of the technologies as well. This level of abstraction can easily be used in environments that push self-servicing forward.

Let's take the Open Service Broker API as an example. This is an API that defines how to expose (infrastructure) services to consumers that can easily create (provision) and destroy (deprovision) their own services. Brokers that support the API will then automatically handle the service management. This model can easily be put in to support the previous abstraction.

Take the virtualization environment again. If we want to enable self-servicing on a virtualized environment, we can think of an offering where internal customers can create new virtual machines (provision) either based on a company-vetted template, or through an image (like with virtual appliances). The team that manages the virtualization environment has a number of services, which they describe in the service plans exposed by the API. An internal customer, when privisioning a virtual machine, is thus creating a "container" for the right service (based on their selected service plan) and on the right cluster (based upon the parameters that the internal customer passes along with the creation of its machine).

We can do the same with databases: a certain database solution (say PostgreSQL) has its own offerings (exposed through service plans linked to the service), and internal customers can create their own database ("container") on the right cluster through this API.

I personally have a few scripts that I use at home myself to quickly set up a certain technology, using the above abstraction level as the foundation. Rather than having to try and remember how to set up a multi-master OpenLDAP service, or a replicated Kafka setup, I have scripts that create this based upon this abstraction: the script parameters always use the service, cluster, instance and container terminology and underlyingly map this to the technology-specific approach.

It is my intention to also promote this abstraction usage within my work environment, as I believe it allows us to more easily explain what all the infrastructure is used for, but also to more easily get new employees known to our environment. But even if that isn't reached, the abstraction is a huge help for me to assess and understand the multitude of technologies that are out there, be it our mainframe setup, the SAN offerings, the network switching setup, the databases, messaging services, cloud landing zones, firewall setups, container platforms and more.